The town of Dropstone is a location in Professor Layton and the Diabolical Box. The Molentary Express makes a stop here on its route from London.

The area of Dropstone is a countryside village with fields and small buildings. The first area is at the southern tip. There is a station that the Molentary Express uses to refuel and get repairs. East of that is a small plaza with a couple of shops and other buildings. Granny Riddleton has a small shack here.

Near the southern Tip of Dropstone, its station resides. A little above that Train Station is a festive plaza with a couple of shops. Granny R. sets up her shack here while Layton and co. search Dropstone for clues and mysteries.

This road is the main entrance of Dropstone. This path leads to the plaza into the station to the center of the town up into the Town Hall.

A little to the north is a road called the hill to town hall. As the name suggests, it is an up-hill path to the town hall building. Along this road are some game booths for the festival about town.

The road that leads right from the town hall is a long path to the farm and estate of Mr. Anderson. The General Store is also located along this road.

A little ways to the north is a General Store where Dorothea is usually found. This store is where many of Dropstone's citizens buy their everyday goods.

To the east of central Dropstone, is a short path lined with large warped trees. On this road, Laurel is usually found helping out some of the local wildlife. After Layton helps her with a bird problem, she thanks him by giving him and Luke a portable Tea Set.

To the far north, a little south of Mr. Anderson's Mansion, is a pond where some of the residents of Dropstone go to fish.

On the western side of Dropstone are many wheat fields. Many in this area can spot a large windmill to the north.

Although Mr. Anderson's home is inaccessible in the game, a road leading to it is possible to be on. This road is found just a little ways north of the General Store. It is used to traverse the hills to Mr. Anderson's house.

The Competition Field for the livestock competition at the anniversary for Dropstone is located on the northeast side of the town. It is accessed after Layton, Luke, and Flora visit the town hall plaza. This is also the area that Layton confronts Mr. Anderson.

50 years ago, Anton's fiancée Sophia founded this village as a safe place for herself, her unborn baby, and the other evacuees of Folsense to re-settle. It is noted in Anton's Diary that word had spread of a town being made near Folsense. It was here Sophia met Mr. Anderson, who eventually married her daughter.

Most of the young people of Folsense are fast becoming the elders and deceased of Dropstone.

When Layton and Luke arrive in Dropstone via the Molentary Express, the village was celebrating its 50th Anniversary. Layton asks Beluga that it is some coincidence that the Molentary Express was also celebrating its 50th Anniversary as well. To celebrate the town's anniversary there is a cattle competition about to start. Mr. Anderson, the town's most influential man, has a manor located north of Dropstone. The manor doesn't play much of a role in the game.

After asking around, they find out about Sophia, and her part in the founding. Layton finds it strange as to why she settled in the middle of nowhere in the first place. Then Layton and Luke leave. When they are leaving Flora, unbeknownst to Layton, is knocked unconscious and replaced with Don Paolo in disguise. 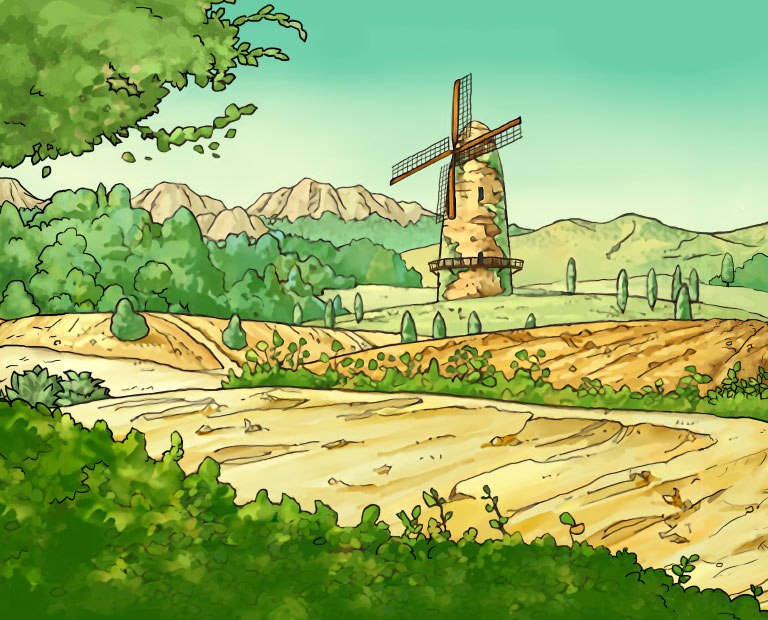 Concept art of Dropstone Station.
Add a photo to this gallery
Retrieved from "https://layton.fandom.com/wiki/Dropstone?oldid=87715"
Community content is available under CC-BY-SA unless otherwise noted.