Professor Layton Wiki
Register
Don't have an account?
Sign In
Advertisement
in: All Puzzles, 40 Picarats, Maze,
and 3 more
English

?
Flip Maze (Double-Sided Maze in the UK version) is a puzzle in Professor Layton and the Last Specter. The puzzle must be solved in order to progress the story.

This clever toy is actually a double-sided maze. Every time the bell drops through a hole, the board will flip over.

Do you think you can make it to the goal?

Do you think you can make it to the goal marked by the green star?

This puzzle is harder than it looks! It would be a lot easier if only you could see both sides of the maze at once. Why not use the Memo function to keep track of the ball?

This puzzle is made more difficult by not being able to see both sides at the same time.

Using the Memo Function might make it easier to solve.

Persistence and perseverance are keys to solving this mind-bending puzzle.

With persistence, you should be able to reach the goal eventually.

If that doesn't work, you could always try another hint.

From the starting point, choose the topmost hole of the two available holes. This fork in the path is one of the most crucial in the maze.

Out of the first two holes available from the start of the maze, choose the top one. Otherwise, you'll end up on a completely different path.

Assuming you followed the previous hint, guide the ball through the leftmost hole. Common sense and a little grease will help you reach the goal from there.

After following the previous hint, which hole should you aim for next?

If you take the leftmost one and follow your nose, you should be able to reach the goal.

It seems that we may be a step closer to finding the black market!

It seems that we are a step closer to finding the black market. 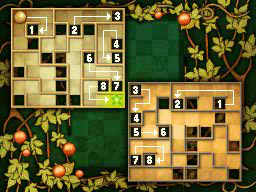